“Peer review is a cancer from outer space,” said Eric Weinstein during a podcast with his brother, Bret Weinstein.

Bret Weinstein gained national attention when he resigned from Evergreen State College. It was in response to the 2017 protests where students took over the school, barricading themselves from the police in the library.

Fame is a strange beast these days.

Bret fell into the spotlight simply because he refused to participate in a no-whites day on campus, where white students, faculty, and staff were asked to leave.

Eric piggybacked his brother’s success when he coined the phrase the “intellectual dark web.”

To be fair, Eric wasn’t entirely in the shadows prior. He was the managing director at Thiel Capital, and an established mathematician in his own right.

Now, let’s get to Eric’s statement.

The Weinstein brothers are known to rail against the peer review process, which has come to rule our sciences and, indirectly, our lives.

And not for no reason:

“Many people who are now professional scientists have an idea that peer review has always been in our literature,” Eric says, “and it absolutely motherf****ing has not.”

Eric points to a “mind virus” that says “peer review is the sine quan non of scientific excellence.”

“Yada, yada, yada,” he says, “...this is a recent invasive problem in the sciences.”

He gives an example:

When Watson and Crick, the discoverers of the DNA’s double helix, published their paper, it was unanimously agreed that it should not be sent out for review.

Why? Because anyone with any competence would understand its implications.

“Peer review is not peer review,” says Eric. “It’s peer injunction. It’s the ability for your peers to keep the world from learning about your work.”

Real peer review, which is publishing your work for the world to see and judge for themselves, Eric explains, is what happens after “you’ve passed the bulls*** thing called ‘peer review.’”

If you spend any time online, you’ve noticed our cultural obsession with peer review.

It’s even prompted a few pretty funny — but in a scary way — memes. 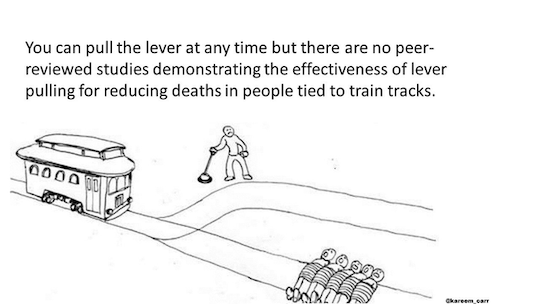 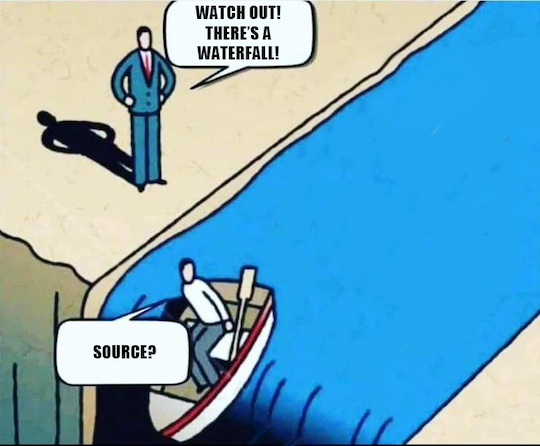 The Weinsteins argue that the scientific process — originally an open and infinite process of discovery — has been co-opted by a process of authority.

It’s no longer about discovery. It’s about who holds the power to approve reality.

Are We in a Recession?

This week, the White House announced we are not in a recession. They cited the Labor Department’s job numbers.

Why call a recession when they don’t have to?

The National Bureau of Economic Research, or the NBER, is the group that makes the official call.

As Dave Gonigam of 5 Min. Forecast fame points out:

“The NBER is not a government agency. It’s a nonprofit based in Cambridge, Massachusetts — a few blocks away from the Harvard campus.”

The NBER’s “Business Cycle Dating Committee,” tasked with calling a recession, is made up of eight economists.

And, as a recent CNN article pointed out, “There are no fixed-term dates and the final determination of who gets to serve on the committee is made by one man: NBER president and Massachusetts Institute of Technology economist James Poterba.”

“Every one of them,” Dave adds, “is over age 60; two are married to each other. CNN is quick to remind us none is a person of color.”

You might be wondering: Why does this matter? Who cares about the definition of recession?

And, you’d be right. But it’s also yet another example of our culture’s appeal to authority.

While everyone is getting blitzed by inflation…

And the supply chain is fragmented…

We’re told to suspend our disbelief…

And wait on an elite few to approve reality for us.

Meanwhile, Jim Rickards just said: “I don’t have to guess. We’re in a recession. It’s not coming. It’s here.”

(In fact, if you tuned in yesterday, you know he believes it’s worse than that.)

In case you haven’t already seen it… 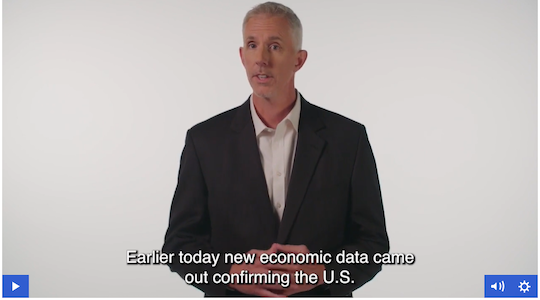 Panic! at the Debt Disco

What’s bigger than unlimited? A bigger unlimited than the unlimited you began with.