There’s a good reason for this.

There are many worthy parallels, and you’ll hear them blasted in all corners of both the mainstream and the alternative media.

But there are some parallels that most people don’t hear about. And not because they’re unknown.

It’s because these parallels paint a completely different picture -- and make possible a different narrative -- than the one given to you by politicians and the media.

In fact, they present a more optimistic picture of our future than we’re used to… even if the parallels seem scary in the short-term.

We’ll go into them one-by-one below… and reveal what these parallels really mean. 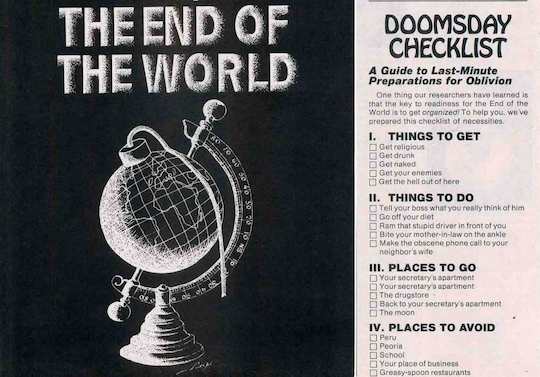 Fears of global cataclysms were sky-high in the ‘70s.

Recall, the Cold War was still going on.

But, due to innovation in nuclear warheads, fear of a nuclear attack was probably even more pronounced than previous decades.

In 1971, nuclear disarmament activist Philip Noel-Baker famously said: "Both the US and the Soviet Union now possess nuclear stockpiles large enough to exterminate mankind three or four – some say ten – times over".

Today, fears of nuclear war are back on the rise. In fact, just this week, the UN Secretary-General Antonio Guterres, warned that the world is one step from “nuclear annihilation.” 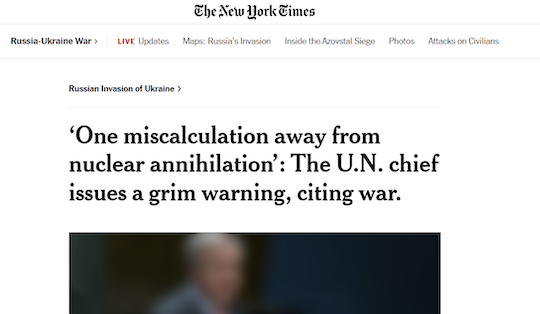 The 1960s were a raucous time of political upheaval, but trust in institutions didn’t really get a kick in the teeth until the 1970s.

The tail-end of the Vietnam War dealt the first blow. Watergate and the Pentagon Papers dug the grave. 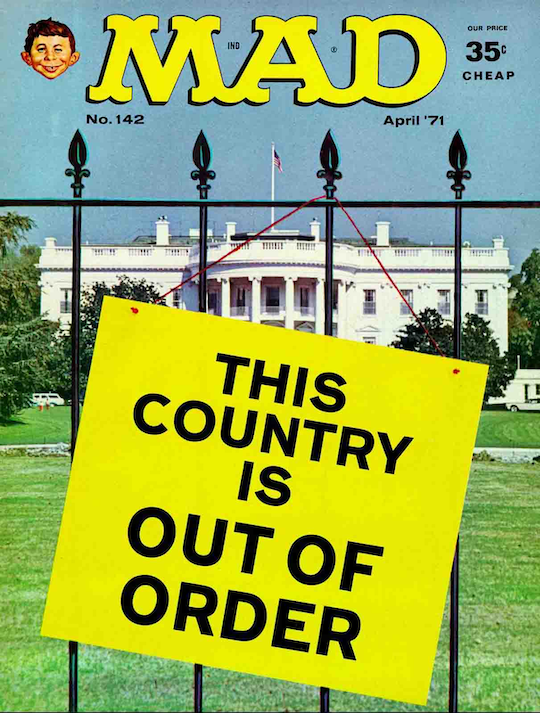 Today, we find ourselves in a similar funk as trust in our institutions sinks to new lows.

Calls For a “New Normal”

In 1972, the Club of Rome, a non-profit group of experts, gained fame for publishing a study on consumption, which they titled Limits of Growth.

The study used computer simulations to figure out what the world would look like if our consumption patterns didn’t change.

The conclusion was that, without massive changes in resource consumption, the “most probable result will be a rather sudden and uncontrollable decline in both population and industrial capacity.”

The predictions fell out of favor by the 1990s. Though the prediction spanned the following century…

Within the first three decades, our ability to adapt and innovate was more complex, more responsive, and more surprising than the Club of Rome predicted.

But, not so fast.

In a 2008 blog post, Ugo Bardi said that “Although, by the 1990s LTG had become everyone's laughing stock,” some of their ideas are becoming popular again.

Now, in the 2020s, similar ideas are back in full force. In fact, now they’re guiding the mainstream thought bubbles and political policy.

How huge is under debate.

But, the difference between the ‘60s and the ‘70s is that, in the ‘70s, people were far more crime-conscious. The media talked about it constantly.

It didn’t help that there was also a terrifying rise in serial killers.

In the ‘60s, there were only 19 serial killers on record during the entire decade.

That’s a 500%+ increase in serial killers. And, of course, the media jumped at the chance to let everyone know about it day in and day out.

Life began to seem far more dangerous than decades prior.

Today, crime wave fears are also on the rise.

Climate fears also hit a fever pitch in the 1970s.

Except it wasn’t global warming that they were worried about.

In 1972, the BBC published a two-hour TV documentary warning of the effects of emissions in the atmosphere. The accumulation of smoke in the atmosphere threatened to usher in global cooling, they posited, pushing us into an ice age.

That’s another parallel. Except, of course, today the fears are centered around global warming.

In the 1970s, there was a widespread belief that the world would run out of food.

This was largely due to a book, The Population Bomb, published in 1968, which predicted widespread famine due to overpopulation… advocating population control measures.

Today, food shortage fears are on the rise, and will likely continue. In the long term, will we look back and see them as overblown as in the ‘70s?

Maybe not. But, doomers since Malthus have been shocked at the rise in efficiency of food production over time.

There was also the oil crisis.

Jet travel seemed doomed for failure because it had become too expensive.

Many believed gas prices would stay high forever and large cars fell out of favor.

Widespread fear of shortages took over, too.

The fear of a paper shortage was so bad that businesses began using single-spaced rather than double-spaced and used both sides of the paper.

In the short-term, things sucked.

But, in a decade, all of those fears were turned aside and we ended up producing more food than ever in the 1980s…

Paper shortages not only didn’t happen, but there are now more trees today than there were 100 years ago…

Overpopulation never brought famine in the ‘70s and ‘80s, as was widely predicted…

The cost of travel went back down, and then got way cheaper over time…

And pollution, though still a problem, didn’t turn us into mutants. (Also a fear.)

But in the long run, the apocalyptic predictions turned out to be overblown.

In hindsight, the prudent thing was probably to prepare for the worst in the short term, while preparing for things to get even better (and more efficient) in the long run.

While James can help you create the best of times for yourself, no matter what’s happening…

Jim Rickards can show you how to prepare for the worst…

If you’re not aware of Rickards’ “survival plan” for the near-term….

“A mysterious Texan billionaire just scooped up $50 million worth of silver, with the stated intention of buying $1 billion. This, they say, is a sign that big money is waking up.”