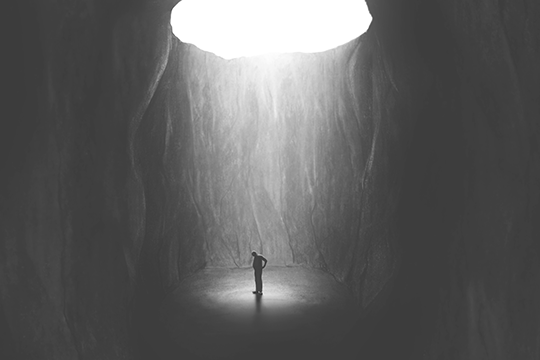 “What does the Fed understand that they’re not saying?” vs. “What do they not understand?”

“They were drowning in bullshit.”

That’s what historians, forced to describe what went wrong in the early 2020s, will say.

“It’s hard to imagine anyone actually knew what their leaders were actually talking about. They all just nodded along as if they did and went about their days. They just assumed the experts would figure it out. But they didn’t. Because they couldn’t.”

As usual, the book 1984 called it. Huxley described this trick as “newspeak.”

Merriam-Webster’s definition of newspeak: “propagandistic language marked by euphemism, circumlocution, and the inversion of customary meanings.”

Lyn Alden, a popular independent analyst and investor, asked the most interesting question about the Federal Reserve’s newspeak.

She said it all comes down to:“What does the Fed understand that they’re not saying?” vs. “What do they not understand?”

As someone pointed out in our company-wide editorial meeting this morning: “There’s an assumption that the Fed knows more than you do.”

Here are five reasons it could be true.

Central banks, as they stand, are based on the idea that people in fancy clothes and fancy offices are smart enough to pull levers and press buttons and fix something as complex as the economy.

Of course, it’s not just the Fed. It’s how many people believe the entire system works.

The idea is that simplistic government policies have the ability to solve incredibly complex problems.

“If only we’d passed a climate change bill, then harmful hurricanes would end!”

“If we passed a ‘common sense’ gun control bill, shootings would end.”

Press the PEPSI button and out pops PEPSI.

In a recent interview, the head of the ECB Christine Lagarde made that clear.

“…how?” the interviewer asked.

“In due course, it will come.”

To her credit, she didn’t try to confuse everyone with big words and meaningless phrases. But she also didn’t clarify, choosing instead to sit awkwardly in silence.

(In the same video, a young guy asked her if she owned crypto. She said no, but: “I actually have a son who invests in cryptos.”

3.] They use antiquated technology that could go down at any moment.

Like what happened last year. As our world becomes more complex and digital (and adversarial), the digital financial system needs as many redundancies as possible. In an age where a foreign nation can apparently “hack” an entire election, that should seem obvious.

If you ask most people…

“Are price controls a good thing? Should the government set the prices of things?”

Most of them will say no. It’s probably a bad idea.

But in the United States we’ve had price controls on money since 1913, when the Fed was created.

They don’t just set the price of money in the United States, but the world.

Also, there’s the idea that active management of the portfolio is too difficult and probably won’t work.

Ironically, said Alden, “a lot of people dislike active portfolio management because it’s statistically hard to do successfully, but they also heavily endorse active management of the root layer of the global financial system (because that’s not harder?).”

5.] They face a credibility crisis.

The former Fed Chair Paul Volcker often said that in a financial crisis the only thing you have is your credibility.

Right now, says Alden, the central bankers are running out of ways to save face.

If you think you can fix it, says Alden: