Crypto is Buying the Constitution

This story begins In September 1787.

That’s when 500 finalized copies of the U.S. Constitution were printed “for submission to the Continental Congress and for the use of the delegates to the Constitutional Convention.”

One of them -- owned by a private collector -- is going up for auction at Sotheby’s this Thursday.

And a group of cryptonauts are putting together a DAO -- a decentralized autonomous organization -- to buy it.

And, by the looks of it, they could get it.

The team only came up with the idea last Thursday. And in less than 48 hours, they were able to raise over $5 million.

They’ll need to raise about $15-20 million by Thursday to have a chance.

And what if they win? “We intend,” the website’s FAQ reads, “to find a safe home for it, such as the Smithsonian. The ConstitutionDAO will govern future decisions around destination, preservation, as well as plans for purchasing other historical artifacts.”

We’ve covered DAOs in the past.

But this story reveals a glint of what’s possible with this new framework.

Yuval Harari, in his book Sapiens, says the biggest difference between humans and other animals is our ability to coordinate resources, collaborate, organize movements, and allocate ownership without the need for close tribal ties.

ConstitutionDAO shows how crypto can help upgrade the way we do those things.

“Decentralization and cryptocurrency (web3) has created structures that allow people to self-govern with unparalleled levels of autonomy and freedom. It’s fitting that we use this technology to honor and protect the greatest historical tool for human governance: The US Constitution.”

To be sure, this isn’t an entirely novel concept.

Two months ago, another DAO, called PleasrDAO, purchased a 1/1 Wu-Tang album (only one album was ever released) for $4 million -- formerly owned by the infamous “pharma bro” Martin Shkreli 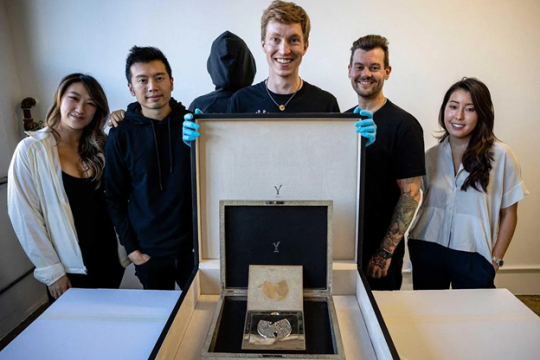 DAOs have been around for years in cryptoland. They’re a way to distribute ownership and governance through a permissionless and global network of people.

Until 2021, they were mostly a framework of how it could work. Today, we have the tools, the knowledge, and the motivation to make it actually work in practice.

“We believe,” the team says, “that The US Constitution is a shared good and should be shared and displayed in public spaces — by the people whose governance and freedom it was created to protect. By purchasing it with a DAO, we distribute the responsibility among many, and provide the infrastructure to keep the Constitution preserved.”

As others have pointed out, the idea of America and the idea of crypto are wildly sympathetic. And if the DAO is successful, it will be a huge win for crypto and America.

In an age of tremendous polarization, we have a massive non-partisan patriotic movement reaching for the roots of what it means to be an American -- warts and all.

With each contribution, donors are able to leave a message. Taken together, given that this movement transcends party lines, they’re mostly inspiring. 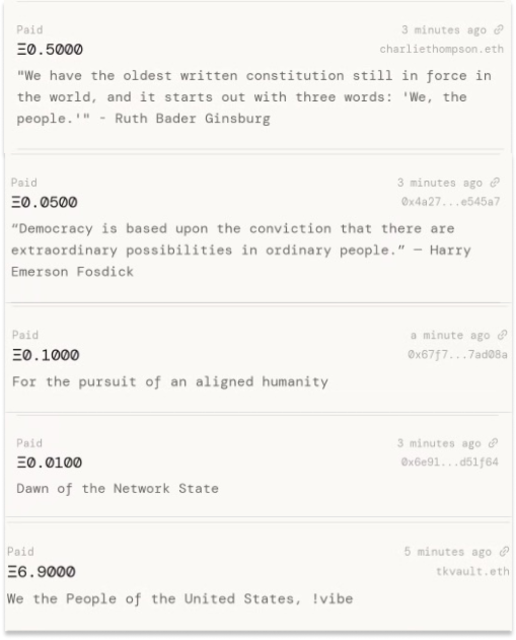 And why shouldn’t they be? As web3 columnist Packy McCormick put it:

“What’s more American than permissionlessly pulling together We the People to buy one of our nation’s foundational documents and own it together?” 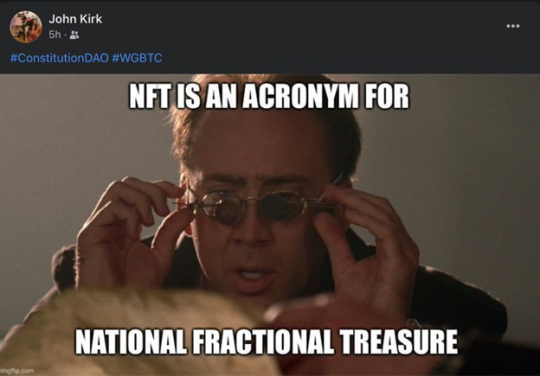 For crypto beginners, the ConstitutionDAO has created a video tutorial on how to contribute.

If you want to keep track of how much they’ve raised -- and whether they win -- check out their website here.

Gold & Bitcoin vs. the World

They’re just a pimple on an elephant’s behind…