There are many ways to make money in crypto.

If you’re committed to learning about this space, it’s a good idea to dip your toe in everything -- just to get a feel for it. In the end, however, it’s usually best to play to your strengths.

Though there are plenty of ways to make money, there are plenty more ways to lose it. If I’ve learned anything in this space, it’s that those who capitalize on their strengths are more likely to come out on top.

Are you a strong trader (do you like to zoom in)? Or do you prefer to zoom out and take the long view? Does the burgeoning idea of decentralized finance (DeFi) sound fascinating and worth exploring? Or are you more interested in earning interest in less experimental, more established “blockchain banks”?

Perhaps a couple of stories will help. (Forewarning: I’m biased.)

Since 2013, I’ve talked to quite a few crypto traders. A few of them are still kicking. Most gave it up a while ago.

Although a lot of people think crypto is sketchy (and in many ways, of course, they’re right)...

In the early days, crypto was VERY sketchy. Nobody knew who was behind many of the exchanges. With the exception of Mt. Gox (which ended in disaster), there were no faces -- no Brian Armstrong (Coinbase), no Winklevii (Gemini). Just logging into these sites felt like you were buying drugs on the Dark Web. Though I had no interest in trading, it was exciting because the ideas behind this space were so new, dynamic, and full of optimism about the future.

One early crypto trading platform had a chatbox. It was an awful idea -- pure chaos -- but it added to the feeling of being a part of the Wild Wild West. They hired moderators to keep out the riff-raff. But it was all riff-raff. Everything felt like it was on the brink of crashing. Hackers were constantly targeting the exchanges with simple DDOS hacks. Somehow, for the most part, it kept working.

And, yes, some people were making money.

One fledgling trader I met in 2016 still sticks out -- a young guy named Dalin Anderson. He started with just $25.

(There’s a caveat here, but I’ll get to that in a moment.)

This is the success story. And he has collected many more since then.

The other side of the story? He “started” with $25… because he’d already lost quite a bit. That’s all he could afford to lose. In his words, he “paid his dues.”

To get good at trading, he said, you have to spend a lot of time zooming in and trading. You have to learn the technical indicators inside and out. And, of course, “pay your dues.”

He said: “I started learning technical trading the same way a lot of people do -- I lost money.”

Also, you have to love it. Or at least like it: “It’s crucial to have a passion for trading in order to be successful. Most people will give up when it gets rough if they aren’t driven. Passion will help get you through the rough spots.”

You might have the skills. I’m not a trader. But I’ve learned a lot from traders about mindset. Upon request, Anderson recommended two books. They had little to do with day trading:

One is Finite and Infinite Games by James P. Carse. And the second one is Antifragile by Nassim Taleb.

Both, he said, are about learning how not to get wrecked and grow with each failure. Being good at trading, in this way, is a lot like being good at life.

Upon writing, Anderson’s still going strong. He also leverages his knowledge to teach others how to trade crypto through his High Altitude Trading program.

Play to Your Strengths

As mentioned, there are many ways to make money in crypto. If trading is playing to your strengths, perhaps it’s not a terrible choice.

Like Michal K., I’m keen on the long-view, despite having to white-knuckle it through the volatility.

Michal first heard about bitcoin in 2014. He had $4,000 in his savings account. Inspired by his programmer friend, a rabid bitcoiner, he went all-in.

“At the time,” he wrote on his Medium page, “I invested my $4k, the price of a bitcoin was about $600. I got 6.55 BTC. I will never forget that number. Over the next half a year, bitcoin’s price kept steadily declining, until it bottomed out at $152, in January 2015. That’s a 75% loss just like that before I knew anything about how investment (or crypto) cycles work!”

But Michal was committed. He held. More importantly, he had other things occupying his time. He was zooming out.

He held. And he kept learning.

He held. And learned more.

And then, it crashed down to $6,000. While most people were panicking, what did Michal do? He bought more.

Recently, he began leveraging that crypto in “blockchain banks,” making about $3,000 per month. And now that DeFi is maturing, he’s begun pulling in, on average, $20,000 per month. 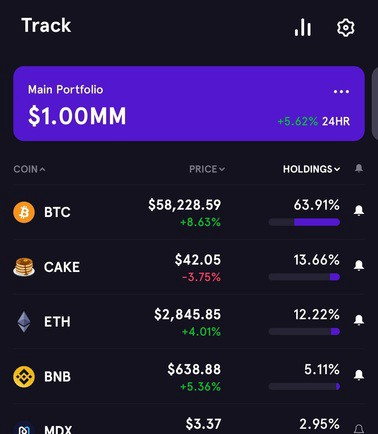 “The reason most people who invest in crypto don’t end up rich is that they can’t hold — or, in the crypto parlance HODL. HODLing is much harder than it sounds.” 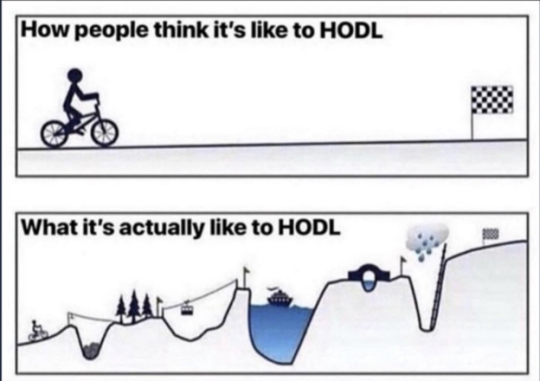 Again, if you’re interested in crypto in general, dipping your toes in all it has to offer isn’t a bad idea. Being well-rounded can only help.

But, in the end, those who play to their strengths win out.

The Best Way to Buy Bitcoin

1 billion users in the next decade…

For obvious reasons, when Vitalik Buterin calls something “the future” of Ethereum, we listen.

It’s often said that genius is evenly distributed, but opportunity is not. The greatest promise of Web3 is that we can leverage more of the world’s genius.

From Riches to Rags

There are a billion ways to become successful, Howard Hughes revealed the easiest way to fail — even as a billionaire. If you don’t bend, you break.

With this move, mainstream adoption of cryptocurrency will hit warp speed. 1 billion users will seem tiny compared to what’s coming.

We are entering into a new economic environment, one we will not recognize. The old rules will not apply. We’ll see and experience things as never before.

10 Reasons I Hate Having Opinions

Not just because everyone has one…