They would buy up a lion’s share of their rival’s notes and then spread FUD (Fear, Uncertainty, and Doubt) about their solvency, triggering a fast and hard withdrawal out of the bank.

This would cause a run on the victim bank and, although it might have been relatively stable, the rumor would become a self-fulfilling prophecy.

There’s no doubt you’ve heard of the FTX-Binance debacle.

Is it just a 21st century example of Note Wars? Or is something else — something even more insidious — going on?

Below, James outlines what he thinks happened… why it happened… and what’s next for crypto.

FTX and Binance is a crypto soap opera.

This is a crazy story of love, hate, money, and we might not get to the bottom of it. What I say here is speculative.

But here's what happened, what is happening, and the good and bad of what might happen to crypto.

First off, CZ (CEO of Binance) and SBF (Sam Bankman-Fried) were friends in the past. They grew up in this industry together and CZ even invested in FTX. CZ was born in China and his family moved to Canada.

The China to Canada route is a well known path for people in China with money to get their money out. When regimes change in China a lot of people disappear. Watch the latest CCP meeting to see it happen live on TV.

It’s a big issue in Silicon Valley for people of Chinese descent. There are private meetings at places like Google and Apple for people born in China who all have the same issue: someone from China calls them and in a friendly voice says, "We just want to say hi and by the way we are here with your Aunt and Uncle and they say ‘Hi!’”

This is not a conspiracy.

This ACTUALLY happens. Nobody talks about it. It's a non-so-subtle way of China saying, "Hey, you better be here when we need you.”

Binance and FTX, like all major exchanges, were being looked at by regulators. This is not a big deal. Everyone wants to do business in the US and FTX and Binance are the biggest so of course they would talk to regulators. If you get the US, you get the world.  So it becomes competitive. Correctly or incorrectly. SBF was saying to regulators what I was saying above: "Watch out for the CZ-China connection."

CZ heard this and went apeshit.

Nobody wants to be in trouble with US regulators. I would be upset too if my friend/competitor was saying I was a spy to regulators. Even if I was a spy! CZ might've thought "SBF is trying to put his hand in my pocket. I will destroy him."

After an  article from Coindesk questioning the balance sheet of FTX's trading arm, Alameda, CZ announces, "we are selling all our $FTT in light of recent revelations about FTX". These revelations were not news to him but this was the perfect chance. This is a perfect tweet to inspire paranoid speculations.

The crypto market has PTSD about Luna and Celsius and now everyone doesn't want to wait around to see what CZ means about FTX. They want their money out.

SBF states: "That's crazy. We have a billion dollars cash to handle withdrawals. That's more than enough. We've never had anywhere close to that in withdrawals."

In the next 24 hours, FTX has a net one billion dollars in withdrawals. Whoops!  If everyone went to the bank on the same day to ask for their money back, the bank would not have the money.

Here's how a bank makes money:

A bank takes your money, and gives you 2% interest on it. They then take your money and lend it to someone else to buy a house at 8%. The business model of a bank is the difference between the 8% they make and the 2% they spend.

Now, WHAT IF there is a run on a bank. Everyone wants their money back. Well, the bank doesn't have it! They lent it to Joe the home buyer. So they go to the Federal Reserve and they say, "Hey man, we're 'too big to fail' and we need a little bit of money"

And the Federal Reserve will give them whatever money they need. So the really big banks in the US are totally safe assuming you believe in the dollar, which you do. But if an offshore crypto exchange gets a run on their assets, they have no Federal Reserve of Crypto.

They basically run out of money, like old-fashioned banks used to. This does not mean crooked behavior. It's a run on the banks.

In 1933, to prevent a run on the banks, FDR actually CLOSED all of the banks until things calmed down.

By the way, the game "Monopoly" works the same way. The government learned the trick from the game! 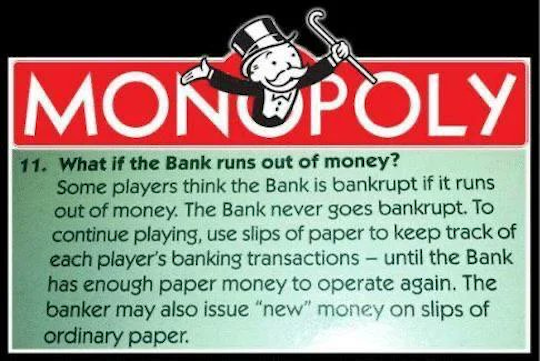 The Nail in the Coffin

SBF calls his old friend CZ and says, "if you don't buy us, you'll never get out of your billions of $FTT. So buy us."

CZ says, "Sure. but we have to do due diligence first."

A deal is announced, everyone is relieved. But people are waiting to see what the due diligence says.

CZ uses this as an excuse to see all the finances of FTX.

His real plan from the beginning was to put the final nail in the coffin.

He gets information for free and then says, "NO!"

This is the NAIL IN THE COFFIN. This was CZ's goal. TO CRUSH SBF and destroy his soul.

But did CZ overplay his hand?

If you can't trust the biggest exchanges, how can you ever trade or buy crypto?

Crypto needs a billion users before it's fully mainstream. And the "user interface" to the industry is horrible.

It's hard to buy a Bitcoin for mom and pop.

It's hard to go from wallet to wallet. No mainstream investor or user is going to buy crypto on PancakeSwap. There's no customer service on a lot of exchanges. Knowing what wallets to use for which crypto is a mess.

Transferring crypto from one blockchain is a mess.

These aren't bad things. It's the beginning of an exciting industry. This is like the Internet in 1994.

But CZ overestimates how much people are willing to handle another crypto mess in the middle of a bear market.

Until there is some sort of good news, these coins will go down further.  I'll state the reasons why below, BTC and ETH are enormous buys here. But...short term is short term and it's painful and it would be good if this didn't happen.

What would be good news? Another entity buying FTX.

SBF once joked about buying Goldman Sachs but now it might be the other way around. Someone else has to get involved to establish credibility in the space.

All of these tech billionaires are gung-ho on crypto.

I'd be surprised if we don't see them involved but....

Heck, they’re billionaires and I'm not so I don't know how they think (even though I wrote the book, "Think Like a Billionaire" based on my dozens of interviews with billionaires on my podcast);

If no good moves, then chaos for a while.

But good news can happen suddenly and markets will reach fast.

Long term the picture is good.

- Wiring money where the money literally disappears for 2 days...

And on and on.

Crypto is a massive upgrade to the global financial system. Once the picks and shovels part is over we will be left with a system where...

- Anything that has any monetary value at all can be traded with anything else of value.

For instance, I'd be able to tokenize and trade 5% of my house equity for shares of McDonalds or for royalty streams on musicians or reward miles for planes, and on and on.

And this trading will occur 24 hours a day with minimal fees, saving the planet tens of billions in transaction fees.

There are currently $1.4 QUADRILLION in derivatives on the planet. This number goes up when crypto goes fully mainstream.

This is the ultimate use of crypto.

Short-term is a cluster*ck without some good news.

This entire battle was personally motivated but maybe a slight chance something more insidious. Although it's insidious enough that CZ executed on the perfect plan to annihilate his competitors.

Everyone’s talking about FTX. But nobody’s seizing the day.