But one guy -- a college dropout -- was unfazed.

He sat in his office above a taco shop, smack dab in the middle of Salt Lake City, and rubbed his chin.

He was on the hunt for cockroaches.

No, not the paraphyletic group of insects belonging to the Blattodea…

This guy was searching for businesses that are hardy and impossible to kill.

You wouldn’t guess it…

Because you’ve probably never heard of the guy… But he’s one of the best investors alive.

Forbes once asked, Is This the Next Warren Buffett?

Marketwatch once called him, The 400% Man.

And during his first 12 years on the investment beat he generated a 33% compound annual growth rate (CAGR)...

Every year, he sends out a letter to his investors.

Below, I’ve included a few of his BIG lessons on investing. (Such as, “Prepare For the Uglies” and “Never Sell Your Beauties.”)

Before we go there, though…

This is Going to Sound Strange…

But we’ve hit the funding deadline on this first-of-its-kind project.

And very soon, Federal Law means it’ll be shut to new investors for a minimum of 12 months. Once the doors close, that’s it. Our hands are tied. You’ll have missed out.

You’ll be locked out, by Federal mandate.

To explain what’s going on – and what you need to do about it – Vice President of Publishing Doug Hill just recorded a 2-minute video for you.

It could be taken down at any moment.

And read on for Mecham’s best lessons.

Most people are looking to next quarter.

Instead, says Mecham, look years ahead.

“Focusing on long-term investing (i.e., holding businesses for decades not decimal seconds) leads to a natural decline in the level of importance you place on quarterly results (earnings ‘beats’), short-term headwinds, and temporary compressions in earnings and margins. When you think long-term, all of that really doesn’t matter. More than that, if you keep thinking like this, you’ll start to question why others even ask for quarterly guidance,”

2. Information Overload is Killing Your Portfolio

In the age of information, less is more.

Most of the information online doesn’t matter to long-term investors, says Mecham.

“The steady surge of information coupled with short-term performance pressures can push rational long-term investing to the brink of extinction. The easy access to information, and the snack-bar nature of consuming it, suggests that disciplining one’s temperament rivals the need for energy and action.”

Focus on key signals, then let those percolate. Your mind works much better when it has more signals and less noise.

This will help you…

3. Prepare Yourself For the Uglies

“I think there are many instances where a company hits a speed bump and reports ugly ‘numbers,’ yet the long-term earnings power and franchise value remain intact.”

Learn to differentiate between speed bumps and cracks in the foundation.

4. Look Beneath the Surface

The numbers can tell you a lot… but they can’t tell you everything.

Other factors, like psychology and brand loyalty, play a huge role in longevity.

“Analysts tend to overweight what can be measured in numerical form, even when the key variable(s) cannot easily be expressed in neat, crisp numbers.”

Great businesses are hard to find.

And when we do find them, it's hard not to sell after it does gangbusters. But if you have a great company, let it be.

"The best sell discipline is a stingy buy discipline."

The Best Way to Invest

Those are Mecham’s best rules.

But what if there’s a way to piggyback some of the world’s top investors?

Again, your chance to get in is winding down quickly.

After that, you’re locked out. (And there’s nothing we can do.)

Before it’s too late…

Click HERE, or on the button below, and watch immediately. 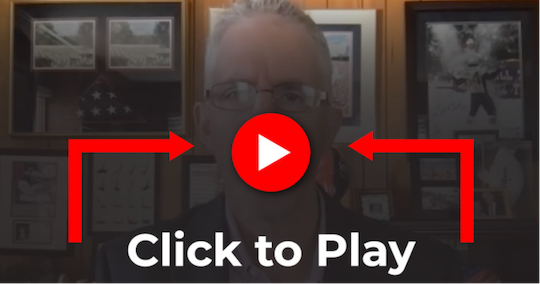 I don't know which would've done a better job. Me or the AI? You decide.