Tomorrow’s the big day for the Fed.

As you know, expectations that the Fed will raise interest rates higher than previously forecast sent the markets roiling.

In anticipation, the Bitcoin-based art auction house Scarce.City just put this painting up for auction.

It’s called, in case there were any doubts, “The Federal Reserve Bank in Flames, Los Angeles Branch.” 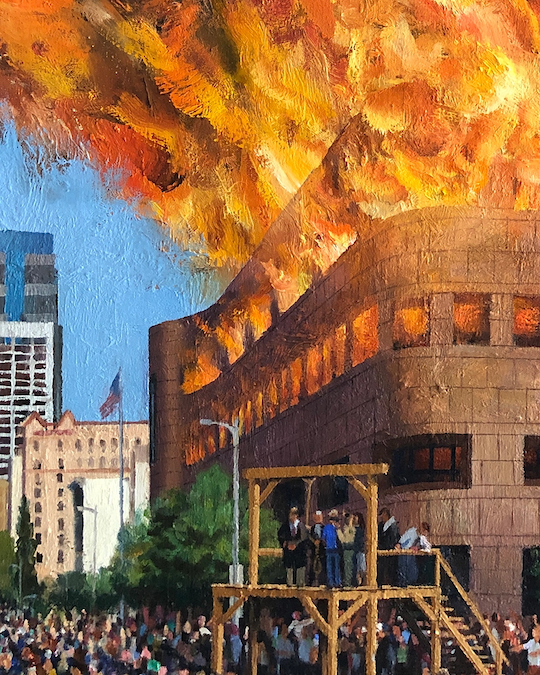 Alex Schaefer, the artist, gained fame in 2011 for his paintings of the Too Big to Fail banks on fire. This one of the Fed is his latest in this collection.

On why the series resonates with so many people, he wrote: “The root of so many problems in the world today is the money itself, how it’s made, who gets it first and where it’s spent.”

It’s hard to disagree. This is one place -- among many, I would argue -- that the gold and crypto bugs can find common ground.

This painting is given even more meaning when we consider that, just yesterday, Jim Rickards presented the following question:

Is the Fed broke?

How Can the Fed Be Broke?

“When you bring up the topic of the Federal Reserve going broke,” says Rickards, “most individuals react by saying, ‘That’s impossible! The Fed can’t go broke. They can just print more money.’”

Though a common reaction, Rickards writes, “it displays a misunderstanding of what money is and how the Fed actually works. Yes, the Fed can print all the money it wants. But money is not an asset for the Fed; it’s a liability.”

If you pull a dollar bill out of your pocket and read it, what does it say? “Federal Reserve Note.”

A note, says Rickards, “is a form of debt; in other words, it’s a liability. That becomes clear when you look at the Fed’s balance sheet. (it’s publicly available on the Fed’s website).”

Right now, says Rickards, “The Fed looks like a highly leveraged hedge fund. Printing money can be used to buy more securities, but all that does is leverage the balance sheet even more by piling more assets (securities) and liabilities (money and reserves) on top of the same sliver of capital.”

But what if it’s worse than that?

“If you evaluated the Fed on a mark-to-market basis the way you would with a hedge fund, its capital would be wiped out. It’s insolvent. I once had a conversation with a member of the Federal Open Market Committee who admitted this to me privately. I reached a conclusion on my own, but she confirmed it."

“I said, ‘I think the Fed is insolvent.’

“This governor first resisted and said, ‘No, we're not.’ But I pressed her a little bit harder and she said, ‘Well, maybe.’

“And then I just looked at her and she said, ‘Well, we are, but it doesn't matter.’”

“Well,” says Rickards, “central banks do need capital. She may be right in the short term that it doesn’t really matter. Most people don’t even know what the Federal Reserve is let alone the inside accounting issues I described here. But in the next panic, it just might matter.”

Rickards believes the next big panic is closer than many people think. In fact, he says, it could begin as soon as tomorrow.

Our Publisher Doug Hill just conducted an interview with Rickards on this subject.

At the video link below, you’ll see Rickards talk about: 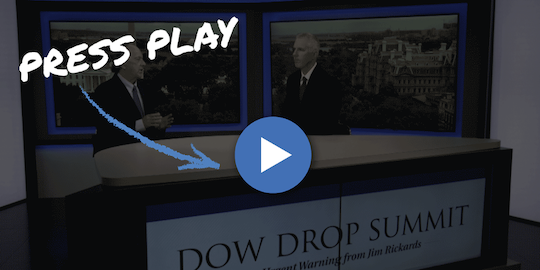 Why Do We Need Crypto in the World?

I know this part is a bit complicated. But nobody has really spoken about this.This strikes me as a game changer in world finance.

Understanding how deeply flawed we are as rational beings is the fastest way on the path to being a good investor.