The End of the World

Before the printing press and the scientific revolution, the Church had an unshakeable monopoly on information.

This made the Church extremely powerful.

Yesterday, you might recall, we outlined a simple premise: All human societies are built on three things.

1.] The costs and rewards of violence.

2.] The creation and maintenance of myths.

With a monopoly on information, using the soft power of ideology, the Church had a stranglehold on all three. The status symbols they doled out included chivalry, special knowledge, and blessings. Knights, priests, and saints defined the moral ideal.

The printing press was the first chink in this monopoly’s armor. Then, the scientific revolution dealt the death blow.

Suddenly, information was no longer as expensive and new knowledge (and myth-making) became exponentially more accessible and encouraged. Just like after the Civil War in America, old assumptions were destroyed and radical new ideas were greatly rewarded. 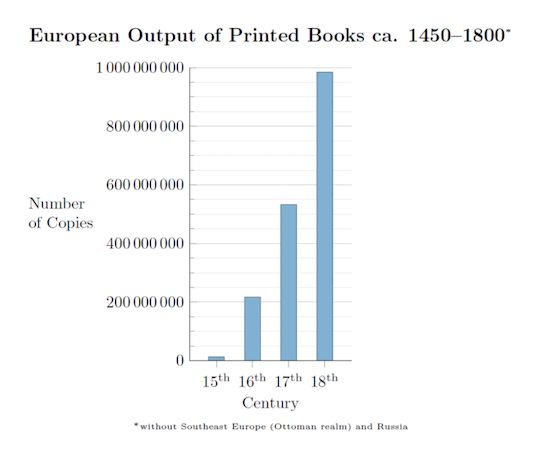 From there, religious myths transformed to align with the new mercantilist culture. The status symbols changed. Reputation-based chivalry switched to financially-based wealth.

The monopoly on violence shifted away from the Church and increasingly toward powerful monarchs, eventually moving us toward a world of nation states.

The Church lost their power to control the narrative… to control the cultural myths and status symbols. The apocalyptic writers — warning of disasters like death, war, plague, and the end of the world — could no longer spellbind an audience, no matter how dramatic their stories.

People simply stopped listening. Many of them realized… perhaps at first intuitively… that the Church’s increasing doom-and-gloom was just a reflection of its world ending — not THE world.

Though the power structures changed, the same rules applied: violence, myths, and status.

After all, money itself is a myth — a “shared illusion” in which we all agree to participate. And what of violence? David Graeber, in his book Debt: The First 5,000 Years, reveals how violence became the base governing system for debt. If someone doesn’t pay, you could legally exert violence upon them and throw them in prison. Those with the most money were therefore shielded from violence, given a rise in status.

As mentioned, this new central myth paved the way for the rise of the nation-state. (I’ll show how that happened tomorrow.)

Today, the nation-state — and its outgrowth of Frankensteinian supranational entities — have its own legion of apocalyptic writers. Rather than drawing from the imagery of the Book of Revelations, however…

They draw upon different horsemen: images of nuclear war, climate disasters, falling asteroids, civil war, and more. Many are once again realizing — perhaps intuitively — that the nation-state’s increasing doom-and-gloom is more likely a reflection of its world ending… not necessarily THE world.

And many have simply stopped listening. Some of them are even busy building new systems that could, perhaps sooner than later, make the old ones obsolete.

At the risk of redundancy, though the power structures are once again changing, the same rules will apply: violence, myths, and status.

Back to the Future

One of my main premises — first gleaned from the The Sovereign Individual and Julian Assange’s book Cypherpunk — is that the rise of cryptographic technology alters the playing field of violence, strengthening individual defense and weakening institutional offense.

In a strange way, therefore, we might be moving back to the future.

In the cryptocosm — similar to the Church’s reign — power will once again become more carrot-centric and status symbols will become more reputation-based. More on that later.

All of this is to say…

We’ve been trained by today’s gloom peddlers to almost reflexively imagine a technocentric future as inherently negative — dark, dystopian, and rudderless. And yet, we are also trained to embrace it anyway.

As if we have no other option.

But perhaps there’s reason to believe our technocentric future can be overwhelmingly positive. Once again, the gloom peddler’s world might be ending, but ours isn’t.

More on that to come.

“The objective,” Prince Hans-Adam said, “must be to transform all states into peaceful service companies.”

99% of our crypto research behind the scenes goes toward identifying which cryptos could hit mass adoption first.

5 Reasons Bitcoin is About to Skyrocket

There are several reasons to believe the contrarian position is right… and that crypto could have an explosive 2022.

The Future is Volatile

Many on Wall Street continue to believe that Bitcoin is akin to digital gold, or at least a hedge against inflation. And while that may turn out to be the case in the future, it’s not a reality today.

How Not to Get Crypto Scammed

It sounds boring, but the best and safest path is to buy and hold. Nothing more to it than that.

Start Your Own Country

Software allows you to start your own business, community, currency… but what about your own country?

Death of the Nation State?

In 100 years, historians will focus, above all else, on us. Why? Because we sit at the most pivotal moment. Just before the greatest wealth and power shifts in human history.