The FTX Saga is WAY Worse Than You Think

Earlier this year, Sam Bankman-Fried was a white knight… a savior… a new JP Morgan… a new Warren Buffett…

Of course, we now know it was all a mirage.

The bottom of which is getting more and more difficult to reach. (One thing is increasingly clear: SBF is a fraud.) 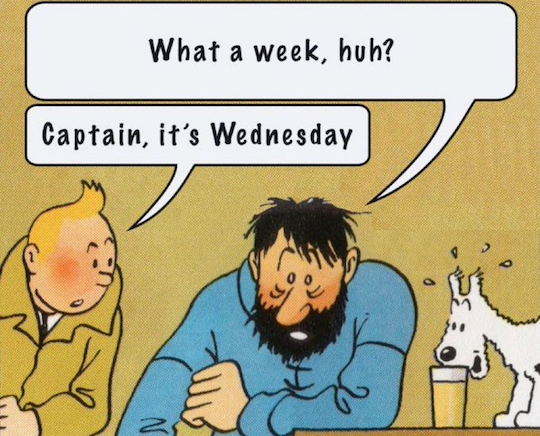 And the fallout is showing up in some fairly unexpected places.

Many people believed him. And they took him seriously. And some expected that money might flutter their way, too.

As Theodore Schleifer of Puck put it:

There’s tons of speculation about whether or not SBF will land in jail.

Maybe only cynics invest in prediction markets, but they are telling us that the odds of a federal indictment this year are fairly low.

Meanwhile, our colleague Jim Rickards is warning of a bigger problem on the horizon.

The tentacles of the FTX collapse will reach much further than just crypto.

It has the potential to spin out of control and, in his own words, “affect all capital markets in the same manner as the Mexican collapse in 1994, the Russia-LTCM collapse in 1998 and the Lehman Bros. bankruptcy in 2008.”

Jim explains why in today’s featured article below.

Before we go there, though…

Jim Rickards usually saves his “off record” recommendations and predictions for his inner circle of subscribers.

This week, though, he’s released a prediction to anyone who follows this link.

And why what’s going to happen next is bigger than the prospect of roaring inflation… further escalation of war… or a CBDC.

There’s one catch: The link goes dead at midnight.

Check out Jim’s urgent update right here at this link.

FTX: It’s Worse Than You Think

It’s time today to move on from politics and the midterm elections.

This story is potentially bigger…

The collapse of crypto exchange FTX is the biggest economic and financial story in the world today.

Crypto may be arcane to most readers and is not well understood even by those who follow it closely. Still, it would be a mistake to think of this story as a niche development in a niche market.

The story is moving so quickly that readers would be well advised to keep up using the free crypto news service called CoinDesk, which I find quite reliable. Anyway, here’s the rundown…

The Big Brain Behind the Fraud

FTX was founded by Sam Bankman-Fried, a 30-year-old MIT graduate working with a relatively small team of fellow MIT grads and developers.

He attracted investment from some of the biggest names in the investment world including Sequoia Partners, the Ontario Teachers’ Pension Plan, SoftBank and the Singapore sovereign wealth fund Temasek.

FTX even got some investment from Tom Brady!

Bankman-Fried became one of the richest people in the world, worth over $25 billion. He donated over $40 million to Democrats in the recent midterm elections and raised millions more to support the corrupt oligarchs in Ukraine.

FTX had an affiliate trading firm called Alameda. Like most exchanges, FTX held customer funds in separate accounts to protect customers. It now appears that Bankman-Fried’s team looted the customer accounts to support losses in the Alameda trading firm.

Word got out, and a classic run on the bank started. FTX first put up gates to stop withdrawals. Then management quit, the exchange closed and Alameda went into bankruptcy. The entire empire collapsed.

Over $10 billion in customer funds have disappeared. The remaining $1 billion in funds was hacked and stolen in what some believe was an inside job by the members of the FTX team who knew the computer code.

One by one, exchanges that did business with FTX are reporting losses and shutting down. Huge losses are spreading throughout the crypto industry and are beginning to leak into mainstream firms.

Meanwhile, popular meme and Gen X broker Robinhood is reported to be in difficulty and is seeing its stock price crash.

If there’s one thing we know about a financial collapse, it’s that it’s never contained to the original victims but spreads like a virus to unexpected places. It’s impossible to know how far the FTX contagion will spread. We can say with certainty that it will not be contained to the crypto-world.

Why do I say that? It all comes back to the term “contagion.”

Unfortunately, in 2020, the world learned a painful lesson in biological contagions. A similar dynamic applies in financial panics. It can begin with one bank or broker going bankrupt as the result of a market collapse (a “financial patient zero”).

But the financial distress quickly spreads to banks that did business with the failed entity and then to stockholders and depositors of those other banks and so on until the entire world is in the grip of a financial panic as happened in 2008.

Disease contagion and financial contagion both work the same way. The nonlinear mathematics and system dynamics are identical in the two cases even though the “virus” is financial distress rather than a biological virus.

And unfortunately, each crisis is bigger than the one before and requires more intervention by the central banks.

More Dangerous Than Ever

Today, systemic risk is more dangerous than ever because the entire system is larger than before. This means that the larger size of the system implies a future global liquidity crisis and market panic far larger than the Panic of 2008.

Too-big-to-fail banks are bigger than ever, have a larger percentage of the total assets of the banking system and have much larger derivatives books.

One of my favorite analogies is what I call the avalanche and the snowflake. It’s a metaphor for the way the science actually works but I should be clear, they’re not just metaphors. The science, the mathematics and the dynamics are actually the same as those that exist in financial markets.

Imagine you’re on a mountainside. You can see a snowpack building up on the ridgeline while it continues snowing. You can tell just by looking at the scene that there’s danger of an avalanche.

You see a snowflake fall from the sky onto the snowpack.

It disturbs a few other snowflakes that lay there. Then the snow starts to spread… then it starts to slide… then it gains momentum until, finally, it comes loose and the whole mountain comes down and buries the village.

Do You Blame the Snowflake or the Snowpack?

Some people refer to these snowflakes as “black swans,” because they are unexpected and come by surprise. But they’re actually not a surprise if you understand the system’s dynamics and can estimate the system scale.

I say the snowflake’s irrelevant. If it wasn’t one snowflake that caused the avalanche, it could have been the one before or the one after or the one tomorrow.

The instability of the system as a whole was a problem. So when I think about the risks in the financial system, I don’t focus on the “snowflake” that will cause problems. The trigger doesn’t really matter.

In the end, it’s not about the snowflakes; it’s about the initial critical-state conditions that allow the possibility of a chain reaction or avalanche. We’ll see if FTX turns out to be the snowflake, regardless.

This is a good time to increase your cash allocation, both to avoid unexpected losses and to go shopping in the wreckage once the full extent of the damage is known. Oh, and don’t forget to stock up on cash and gold.

Understanding how deeply flawed we are as rational beings is the fastest way on the path to being a good investor.