Lots of crackdowns going down in crypto-land lately.

Alongside, there’s a narrative that these crackdowns are part of a widespread effort to “kill crypto.”

Some even say it’s further proof that crypto is nothing but a den of thieves, crooks, and tricksters.

And see why they’re both… to paraphrase a guy in the White House… total malarkey.

The most prominent crackdowns as of late were on insider trading.

Two guys in two separate crypto companies have been charged.

Yes, this is a big deal. And reveals a changing of the winds in the cryptosphere.

But it doesn’t spell doom.

Really, it shows that regulators are increasingly seeing crypto in the same light as traditional investments.

Of course, critics will say that these cases prove that crypto facilitates bad behavior.

Here’s what you probably didn’t hear about these two cases:

Crypto users — not officials — were the first to spot and call out both Chastain and Wahi.

Nate Chastain was caught red-handed by a pseudonymous Twitter user who followed the blockchain trail. 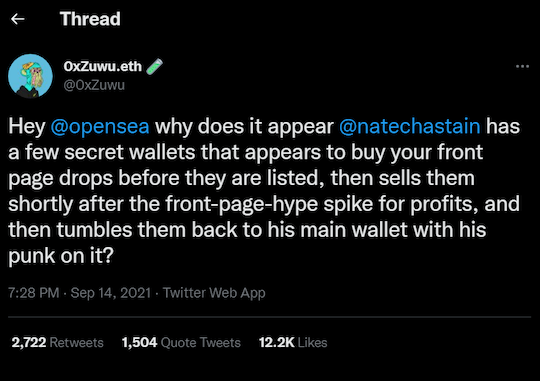 And as for Ishan Wahi, a crypto influencer named Cobie was the first to catch a shady wallet front-running the Coinbase asset listings. Further investigation vindicated Cobie’s suspicion: that a Coinbase employee held the wallet. 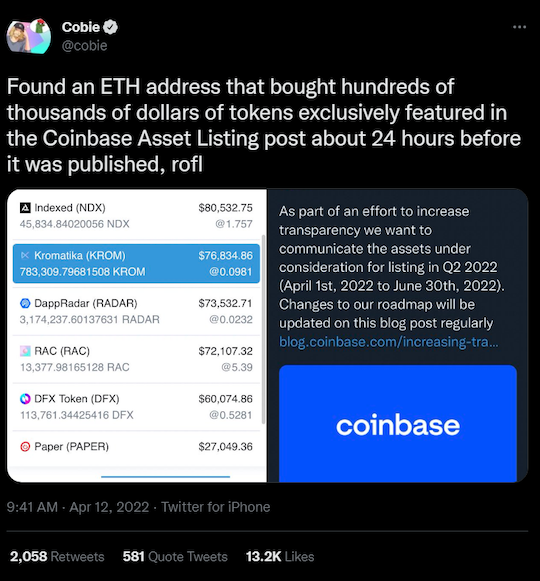 Due to the radically transparent nature of the blockchain, this type of independent sleuthing is common in crypto land.

So common, in fact, it’s likely the case that law enforcement spends hours each day lurking on crypto Twitter to find their next bust.

Let me reiterate that:

Crypto calls out bad behavior in crypto. And then, swarms of cyber gumshoes actively try to smoke the bad actors out.

Also, blockchain’s radically transparent nature allows anyone to do that.

Yes, crypto has plenty of faults and no shortage of scammers...

But, in my experience, the industry as a whole tends not to look away, or sweep bad behavior under the rug.

Unlike a lot of what we see go on in Wall Street… in Congress… and even in the holiest of holies: the Federal Reserve.

Where the real insider trading has occurred.

Members of Congress can pass legislation and regulations worth billions of dollars… all the while trading the stocks of those companies.

When confronted by this, Nancy Pelosi praised the free market economy: "We have a free-market economy, they should be able to participate in that.”

Of course, Pelosi knows less about what a “free-market economy” means than my girlfriend’s feral cat understands what the CERN supercollider in Switzerland does.

But Congress DOES understand something pretty valuable:

That information asymmetry rules the markets and the world. And they’re one of an elite few who can leverage this fact with near total impunity.

A report published by research house Unusual Whales concluded that Congress traded $290 million in stocks, options, crypto, and other assets in 2021.

“They traded more than ever,” says the research house. “And they made numerous unusually timed trades, resulting in huge gains.”

Guess what else they found? Those assets outperformed the market on average. 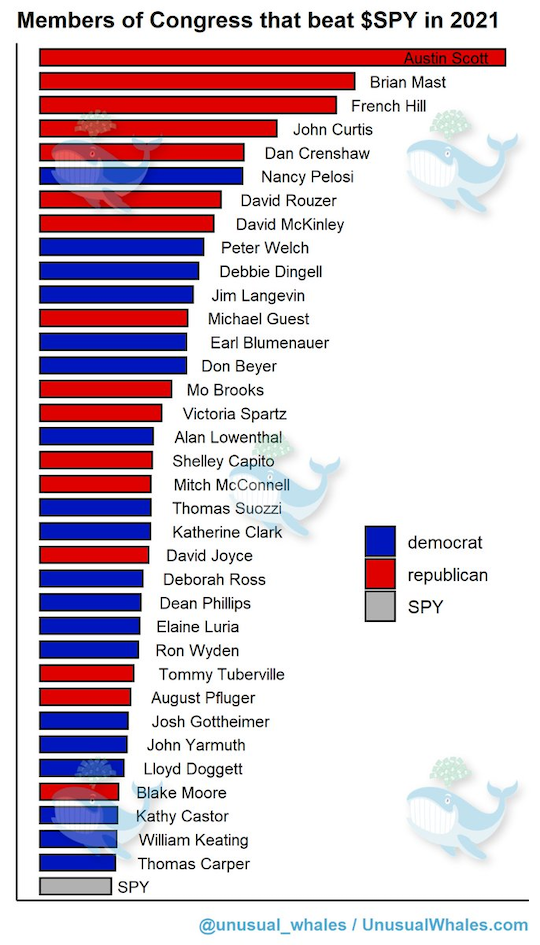 And not to mention the sweetheart deals that happen almost every single day.

Meanwhile, the hammer will continue to come down on crypto. And more bad actors will be used as examples.

But, here’s the thing…

Ray Kurzweil once famously said that the world isn’t getting worse… our information is getting better.

To mirror this sentiment, crypto isn’t worse than traditional finance… the information is just better.

Here’s what you need to know:

Regulation is coming. Some of it is going to go too far. Many will say it didn’t go far enough.

But it’s here and it’s coming… and, ultimately, it will be a good thing.

Most people are waiting for the institutions to come in and legitimize crypto. But what’s the trillions of dollars of institutional money waiting for? Regulation.

But here’s another thing…

This is one of those strange, anomalous times when you can get in before the institutions start piling in.

One of our jobs here is to find early stage cryptos we believe will come out on top AFTER the regulatory storm.

Our portfolio has everything from privacy coins, infrastructure plays, and metaverse tokens…

All projects we believe have the proper “staying power.”

Haven’t seen our crypto portfolio yet?

Click here to see James talk about it in a recent interview.

Central banks will have total and unerring control over every aspect of your financial life. (And if you think Coinbase’s customer service is bad, just you wait!)