The Great Depression vs. Now

That’s not news. Everyone saw it coming.

The big question this week, overshadowing the Fed’s announcement: “Are we in a recession?”

Consider that, eight of the last nine times the Fed raised rates to fight inflation, a recession followed.

Furthermore, car repossessions have been going through the roof. Historically, car repos have been a strong recession indicator.

So… are we in a recession?

He says it’s way worse than that.

But, we’re getting ahead of ourselves.

As Jim Rickards pointed out this week…

25 years after the Great Depression began.

In the thick of it, people thought it was going to go on forever. And if you were an investor who lost his shirt in 1929… it did go on forever.

Think about it. It grinded on for about one-third of most people’s entire lives.

Fast-forward back to today…

There’s a clear standard definition for a recession: two or more consecutive quarters of declining GDP alongside rising unemployment.

Unfortunately, the definition of depression isn’t as clear.

Everyone knows that a depression is worse than a recession, but finding someone able to provide a clear definition is rare.

“The best definition ever offered,” says Rickards, “came from John Maynard Keynes in his 1936 classic The General Theory of Employment, Interest and Money. Keynes said a depression is ‘a chronic condition of subnormal activity for a considerable period without any marked tendency either toward recovery or toward complete collapse.’”

By Keynes’ definition, it’s entirely possible to have growth during a depression.

“The problem is,” says Rickards, “that the growth is below trend. It is weak growth that does not do the job of providing enough jobs or staying ahead of the national debt. That is exactly what the U.S. is experiencing today.”

In fact, Rickards takes it even further…

Since 2007, the United States has been living through a shadow depression.

Jim wrote all about this in his 2021 book, The New Great Depression. 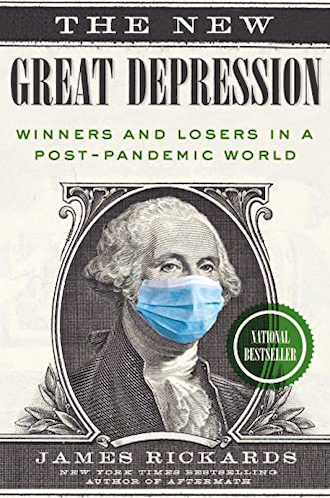 “What makes it a depression,” he says, “is ongoing below-trend growth that never gets back to its potential. That is exactly what the U.S. economy has been and is experiencing. The New Depression is ongoing.”

But, he admits, calling the current state of the economy a depression might be confusing. Most of us have been told that the economy is in a recovery.

And that this recovery began in 2009.

Rickards has warned that the Fed has been making the wrong moves. That’s why he’s called today’s (predictable) decision the “fourth horseman of market doom.”

Our publishers are leaving the replay of Jim’s “4th Horseman Summit” online for only a few more hours. Any longer and it could be too late to act. That’s why the video will go offline tonight at midnight.

The scientific process has been co-opted by a process of authority. In similar news: What’s the definition of recession again?